You are here: Home / Bios

Balet Bratislava is a dance company residing in a Slovakian capital. It was established in 2010 by choreographer and a former head of The Slovakian National Theatre Ballet  (SND Ballet), Mário Radačovský. The members of the company come from SND Ballet as well, and they have set themselves a goal to create a new, experimental dance theatre which is strongly connected with the audience. Balet Bratislava came up with 4 new productions in the season of 2011/2012, one of them being Romeo & Juliet.

The Grand Rapids Ballet Company(GRBC) was established in 1971 in Michigan, USA. The company consists of 24 members who are led by Patricia Barker. Together they manage to introduce at least one original choreography a year. Apart from the professional company GRBC runs also a prestigious dance school with more than 200 students. 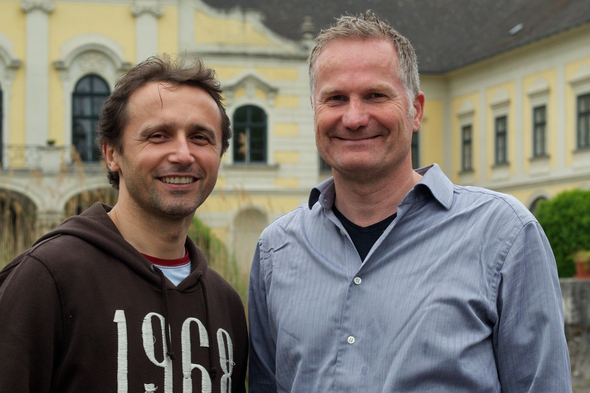 Mário Radačovský is a choreographer and an artistic director of Balet Bratislava. He is also a creator of Romeo & Juliet. This native-born Slovak studied classical dance at the Conservatory of Eva Janczova in Bratislava and immediately became a member of SND Ballet. He acted as an artist in Nederlands Dans Theater in Haag since 1992, where he has very closely cooperated with such names as Jiří Kylián, Mats Ek, Nacho Duato, Ohad Nahrin, William Forsythe and Édouard Locke. Between 1996 and 2006 he was the main soloist of Les Grand Ballets Canadiens in Montreal. After his comeback to Slovakia he took over the leadership of the SND Ballet. Together with 10 other dancers from this company he established Balet Bratislava in 2010.

Alec Kinnear comes from Vancouver, Canada and is responsible for the production of the Romeo & Juliet ballet in the Castle of Kittsee. He is also a creative director of Foliovision s.r.o., a worldwide committed web-design and advertising agency with its residence in Bratislava. Furthermore, for the past 20 years he has been writing about dance and dance performances, right now contributing as a free editor to The Vienna Review – an Austrian magazine issued in English. His awarded dance movie Lapinthrope celebrated it’s premiere in 2005 and was screened worldwide on multiple film festivals. Kinnear lives in Austria since 2003, settling in Kittsee last year.