You are here: Home / 2012 / June / Introducing our Guest Dancers from GRBC

Introducing our Guest Dancers from GRBC

We’re delighted to be able to share with you the official list of our guests coming from Grand Rapids Ballet Company (GBRC) in North America.

Patricia Barker will be dancing the important role of Lady Capulet, Juliet’s mother. Patricia is the artistic director of GBRC and for many years was prima ballerina in the Pacific Northwest Ballet in Seattle.

Other dancers include two Juliettes: Rachael Riley and Sadie Brown. A Romeo is coming over as well, Nick Schultz. Laura McQueen Schultz coming to support the corps-de-ballet.

Here is GBRC in rehearsal for Romeo and Juliet: 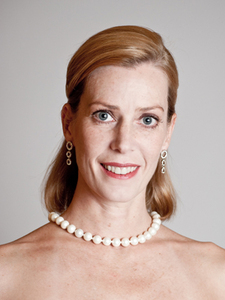 Patricia Barker, former principal dancer with Pacific Northwest Ballet, is considered one of the world’s most gifted ballerinas. She received her early ballet training from Lynne Williams in Richland, WA, studied on scholarship both at Boston Ballet School with E. Virginia Williams and Violette Verdi and Pacific Northwest Ballet School with Francia Russell, Perry Brunson and Janet Reed.

Ms. Barker danced the lead role of Clara in Nutcracker the Motion Picture, and starred as Titania in the BBC’s film, A Midsummer Night’s Dream in a celebratory re-opening of the Sadler’s Wells Theatre in London. She graced the covers of Dance Magazine, Danser, Pointe Magazine, Dance Australia, Dance Teacher, Dance Pages, Ballet Review and Dance International. 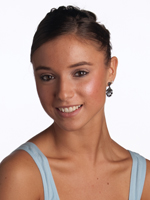 Sadie Brown studied ballet for 15 years in her hometown of Evansville, IN. There she performed leading roles and guested in ballets such as Don Quixote, The Nutcracker, Sleeping Beauty and Swan Lake at Evansville Dance Theater and Evansville Ballet. Her training continued through summer intensives across the country including Boston Ballet, The Harid Conservatory and the Aspen Santa Fe Ballet. This is Sadie’s second year with the Grand Rapids Ballet. Last season she enjoyed dancing the roles of Emilia in The Moor’s Pavane and Juliet in Mario Radacovsky’s world premiere Romeo & Juliet. 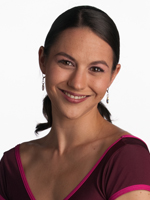 Rachael Riley is originally from Orlando Florida, where she began her ballet studies under the direction of Judy James and Juan Sanchez. She moved to Manitoba Canada at the age of 17 to further her studies at the Royal Winnipeg Ballet School. After graduating Rachael moved to Chicago and danced on scholarship at Lou Conte Dance Studio, where she trained under the guidance of Birute Barodicaite. Rachael has also attended summer programs with the Kirov Ballet Academy, Nutmeg Conservatory, and the Joffrey Ballet. She has danced professionally with Luna Negra Dance Theater and as a soloist with Omaha Theater Ballet. 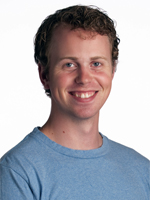 Nicholas Schultz was trained here at the School of the Grand Rapids Ballet starting at the age of seven, and was a member of both the Junior and Senior Trainee programs, as well as an apprentice to the company for one season. He also spent summers with the Joffrey Ballet School and the National Ballet School of Canada. Nicholas has done numerous guestings with local companies such as Farrell Ballet Theatre, Alma College, Flat River Dance Company, Grand Rapids Dance Project and Southhold Ballet Theatre. He is happy to be able to dance with his wife Laura and looks forward to many more seasons to come. 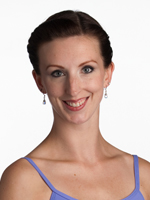 Laura will dance in corps-de-ballet

Laura McQueen Schultz started her training at the age of seven at the School of Grand Rapids Ballet, and is excited to be returning for her ninth season as a professional with the company. While in the school she was a member of both the Junior and Senior Professional Trainee programs as well as an apprentice to the Grand Rapids Ballet Company. Laura has also studied with the Houston Ballet Academy, San Francisco Ballet School, and spent a year training at the National Ballet School of Canada. She later danced professionally with the St. Louis Ballet for two seasons, and is happy to have returned to dance in Grand Rapids.

Posted in Insights into the production